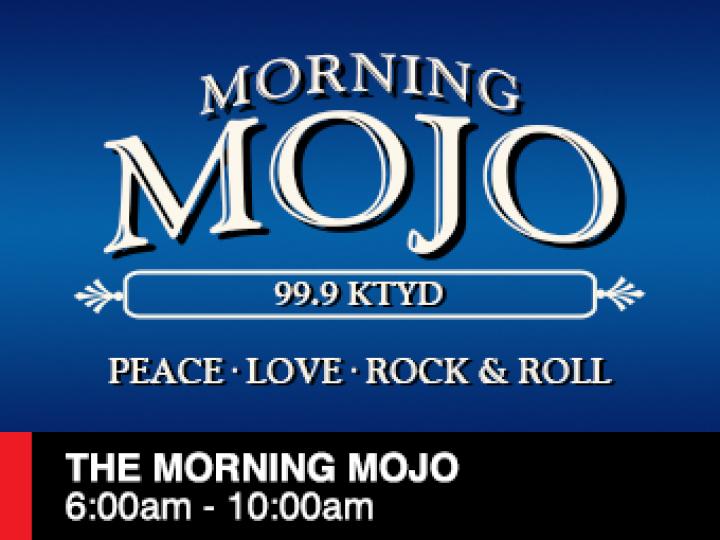 By participating in a contest on 99.9 KTYD and/or its website, entrants agree to the specific rules, terms and conditions provided for that particular contest as stated, either in addition to or in place of the Official General Contest Rules given here.

ELIGIBILITY AND ODDS OF WINNING:

No purchases necessary to enter OR WIN. Purchase will not improve chances of winning. Contests are open to legal residents of the United States who are 18 years of age or older as of the date the contest begins (unless otherwise specified), except employees of 99.9 KTYD, Rincon Broadcasting LLC, affiliates, subsidiaries, and successor companies, contest sponsors, advertising and promotion agencies, contest prize suppliers, participating advertisers and immediate family members of anyone so situated. “Immediate family members” shall include spouses, siblings, parents, children, grandparents, and grandchildren, and any other persons residing at the same household. If minors are permitted to participate in the contest, a parent or guardian of any participant who is a minor at the time of entry must sign a release on behalf of the minor to be eligible to receive a prize, and 99.9 KTYD reserves the right to refuse to award a prize to or on behalf of a minor.  Odds of winning depend upon the total number of eligible entries received.

Except as otherwise provided in specific contest rules, entries may be submitted by telephone, fax, postal mail, email, drop box or via 99.9 KTYD website. Contest entries must include entrant's name, address, daytime telephone numbers, email (if you have one) and age. All contest entries become the property of 99.9 KTYD and 99.9 KTYD may use any of the entries for any purpose whatsoever, without further compensation to the entrant.

RESTRICTIONS AND LIMITATION OF LIABILITY:

One entry per person. One winner per household. Void where prohibited by law. Listeners may only win or qualify to win once every thirty (30) days for one specific contest on all of the Rincon Broadcasting LLC Radio Stations. 99.9 KTYD reserves the right to extend the thirty (30) day rule to the length of any specific contest. 99.9 KTYD reserves the right to cancel, terminate or modify the contest if it is not capable of completion as planned for any reason, including, but not limited to, infection by computer virus, bugs, tampering, unauthorized intervention or technical failures of any kind. The decision of 99.9 KTYD is final. All federal, state and local laws and regulations apply. 99.9 KTYD, Rincon Broadcasting LLC, their subsidiaries and affiliates, their officers, directors, agents, stockholders, insurers, and employees, and their advertising and promotional agencies and sponsors assume no responsibility or liability whatsoever for damages, loss or injury resulting from participating in any contest or acceptance or use of any prize. In consideration of participation in a contest, and for other good and valuable consideration, the receipt and sufficiency of which are hereby acknowledged, the Entrant, on Entrant’s behalf, and on behalf of Entrant’s heirs, successors or assigns, administrators and personal representatives, does hereby

COVENANT NOT TO SUE, FULLY RELEASE AND FOREVER DISCHARGE (i) 99.9 KTYD, (ii) Rincon Broadcasting LLC, and each of their respective direct and indirect subsidiaries, affiliates, partners and related entities, (iii) each of their respective directors, officers, employees, agents, insurers, attorneys, shareholders and representatives, and (iv) each predecessor, successor, and assign thereof, from and against any and all actions, charges, claims, losses, costs, damages, expenses (including attorneys’ fees and expenses) and liabilities of any kind or character, whether known or unknown, in connection with, arising out of or in any way related to Entrant’s participation in any contest, or any prize won, any misuse or malfunction of any prize awarded, participation in any contest-related activity.

If a contest accepts telephone entries, 99.9 KTYD and sponsors are not responsible for the inability of caller to complete the call during the call-in portion of the contest whether due to telephone equipment malfunctions; disconnections; busy lines; faulty, mistranscribed, misdirected, or misdialed telephone communications; or other circumstances. Only calls to the designated telephone number will be eligible to win.

If a contest accepts fax or mail entries (postal or electronic), 99.9 KTYD and its sponsors are not responsible for the late, misdirected, lost, misplaced, illegible, mutilated or postage-due entries for any reason, including electronic or computer malfunctions that may affect the delivery or content of the entry, nor are they liable for any injury or damage to entrant’s or any other person’s computer or hardware related to or resulting from participating in or downloading any information necessary to participate in the contest.

In the event a contest accepts website entries, participants must accurately complete all required fields or entry will be deemed invalid. 99.9 KTYD and its sponsors shall have no liability for any malfunction of the Internet, 99.9 KTYD website or any other computer-related processor system. 99.9 KTYD is not responsible for any prize offered or any aspect of any contest appearing on an advertiser’s web banner or hyperlink located on 99.9 KTYD website.

Drop Box Entries. In the event a contest accepts entry forms by deposit in an entry box, 99.9 KTYD and its sponsors are not responsible for lost, misplaced, illegible, mutilated, or incomplete entry forms, and such entries will be deemed invalid.

HOW TO CLAIM PRIZE:

Winners will be selected as described in the specific rules of each contest. Winners agree to appear at 99.9 KTYD studios to claim the prize, unless alternate arrangements are acceptable to the 99.9 KTYD promotions department. KTYD’s address is 414 East Cota Street, Santa Barbara, CA 93101 and prizes may only be claimed between the hours of 10am-5pm Monday through Friday. In the event that a prize is mailed to the winner, pursuant to winner’s prior written consent, winner assumes the risk of the prize’s safe arrival. Winners agree to execute an affidavit of eligibility, indemnification and release of liability before any prize is awarded. If the prize is travel tickets, travel partners, if any, must meet age eligibility requirements and must also execute an affidavit of eligibility, indemnification and release of liability prior to awarding the prize. Failure to execute any of these documents or comply with any of the terms will result in forfeiture of the prize. Winners have thirty (30) days from the date their name is first announced on the air, or by other disclosed mode of public dissemination, to claim and pick up their prize. Failure to claim and pick up prize within this time for any reason will result in forfeiture of the prize. 99.9 KTYD reserves the right, in its sole discretion, to award unclaimed prizes to alternate contestants or not to award the unclaimed prizes. All federal, state and local laws and regulations apply. All federal, state and local taxes (including any sales taxes) are the sole responsibility of the winner. Prior to the delivery of any prize, 99.9 KTYD reserves the right to collect from the winner any taxes it deems appropriate. Any person winning over $600 in prizes during any one year period will receive an IRS form 1099 at the end of the calendar year, and a copy of such form will be filed with the IRS. Any additional costs relating to the prizes, and incurred as a result of accepting the prizes, is the sole responsibility of the winner.

All participants agree to be bound by these rules. 99.9 KTYD, in its sole discretion, further reserves the right to disqualify any person for (i) violating any of these rules, (ii) tampering with the entry process or the operation of the 99.9 KTYD website, (iii) gaining an unfair advantage in participating in the contest, (iv) obtaining winner status using fraudulent means, or (v) engaging in otherwise unsportsmanlike, disruptive, annoying, harassing, or threatening behavior. Furthermore, any resale or auction or attempt to resell or auction of 99.9 KTYD complimentary prizes, if any, will result in disqualification for all future 99.9 KTYD contests. ANY ATTEMPT BY A CONTESTANT OR ANY OTHER INDIVIDUAL TO DELIBERATELY CIRCUMVENT, DISRUPT OR DAMAGE ORDINARY AND NORMAL OPERATION OF THIS CONTEST, TELEPHONE SYSTEMS OR WEBSITE, OR UNDERMINE THE LEGITIMATE OPERATION OF THE CONTEST IS A VIOLATION OF CRIMINAL AND CIVIL LAWS. SHOULD SUCH AN ATTEMPT BE MADE, 99.9 KTYD RESERVES THE RIGHT TO SEEK DAMAGES FROM ANY SUCH PARTICIPANT TO THE FULLEST EXTENT PERMITTED BY LAW.

Unless prohibited by law, participation constitutes permission for 99.9 KTYD, Rincon Broadcasting LLC, and contest sponsors, advertisers and promotional agencies without any further obligation to the contest participant, to use participant’s name, image, voice, biographical data and likeness for editorial, advertising and promotional purposes without payment of additional compensation.  This provision does not apply to entrants who are residents of the state of Tennessee.

These rules apply to all 99.9 KTYD sponsored contests unless modified or superceded by rules written for a specific contest, or if inapplicable for such a promotion or contest. In the event any specific contest rule conflicts with any of the general rules provided above, the specific contest rules prevail. 99.9 KTYD reserves the right in its sole discretion to supplement or make changes to the rules of any contest at any time without notice. 99.9 KTYD reserves the right in its sole discretion to interpret the rules of any contest, and such interpretation shall be binding upon all participants. 99.9 KTYD shall not be responsible for any administrative errors involved in the execution of any contest. Copies of the Official Rules for any contest may also be attained by sending a self-addressed stamped envelope with the identity of the contest inquiry to: KTYD 414 East Cota Street, Santa Barbara, CA 93101. For a list of contest winners, send a self-addressed, stamped envelope to 99.9 KTYD, Winners List, 414 East Cota Street, Santa Barbara, CA 93101 and include the name of the contest. 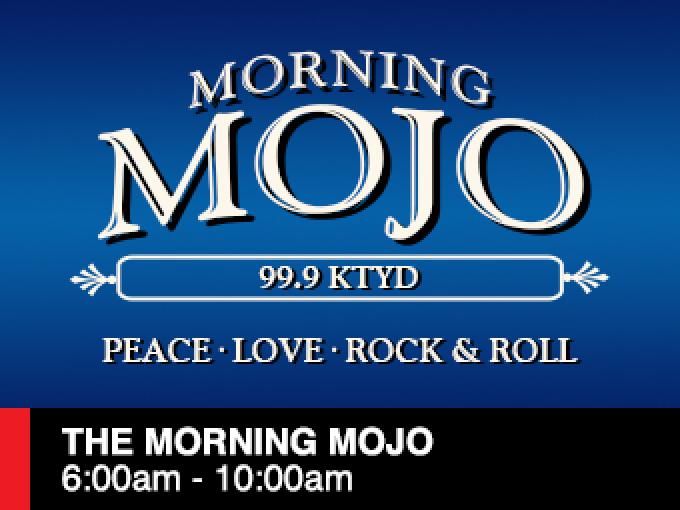